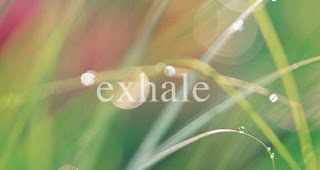 Along the lines of the previous post, I've got one more for you. A few years ago, Kashi Canada launched a microsite in conjunction with a magazine campaign, if I remember correctly. The whole idea of Achieve Inner Kashiness was to take you through a three-minute breathing exercise.

Built in Flash, the site uses photography, moving type, and a soothing voiceover to guide you along the way. By no means is this cutting-edge use of the web, but I think it works. Given that Kashi positions itself in the realm of healthy living, being associated with a relaxing break in the middle of a hectic day is a really smart, subtle piece of marketing. On top of that, when's the last time someone willingly spent three minutes with your brand? How much would you have to pay for three minutes of uninterrupted TV time? In this case, that time is free.

Since the offline campaign ended, Kashi has added a link to the microsite on their Canadian homepage, allowing it to live on much longer than the magazine ads. Even if one person a day checks it out, it's worth it. Plus, if they like it, maybe they'll send the link on to someone else. You never know when something like this could go viral.
No comments: 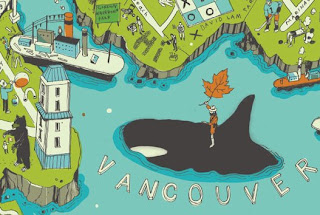 I just came across a great microsite from Bugaboo, the company which makes those very fancy, very expensive strollers that seem a few years ahead of their time. I think if Gattaca was being filmed today, you'd probably see one in the background. Anywho, along the lines of Come Clean from method a few years back, this is one of those online experiences that I love to see. The ones that perfectly capture what a given brand is all about without sounding like a corporate mission statement.

The Bugaboo Daytrips site is simply a collection of cools things you can do and see with your kids in a variety of cities around the world. Each daytrip is short enough to walk in an afternoon while your little one enjoys the scenery from the comfort of a stroller. Not only is this a great insight by Bugaboo into what their customers might be interested in, and have a need for; this little gem of a site is beautifully designed, has an intuitive Flash interface, and just the right mix of content and functionality.

There are currently more than twenty cities on the site. When you select one of them, a module comes up showing that city's daytrip map marked with interesting things to check out along the way. Each map is downloadable as a two-page PDF with the map on one side and a brief description of each of the stops on the other. Every module also has a "guestbook" feature that allows you to either leave a comment or point out a local attraction that the daytrip might have left out.

One other cool idea is that each city's map is designed by a different artist. As a nice touch, every one of those artists gets a little write-up telling their story. A lovely gesture, in my opinion, seeing as there's probably a good chance that some of the people coming to this site might be in a position to hire a designer/illustrator somewhere down the road.

There are a couple of useful features on the small global nav as well. You can enter your email address and be notified when a new city is added to the site. You can also suggest a new daytrip by name a city along with a list of interesting things to check out. I hope they're committed to seeing this feature through because the result could be a great site that can evolve for years.

My favourite part, though, is the relative subtlety of this whole marketing exercise. At the end of the day, Bugaboo's goal is to sell more strollers, but nowhere on the site are you hit over the head with that message. There's minimal branding with links back to bugaboo.com, where you're greeted with the following objectives:

The nice thing is that the Bugaboo Daytrips site weaves all three of these into a brilliant (and useful) metaphor without having to explicitly mention a single one.
1 comment:

Last week, Kevin Kelly had a great post about a concept he calls 1000 True Fans. His argument is that, if you take the traditional "long tail" graph, only two big winners typically emerge. On the peak side of the graph, you have the big success stories of chart-topping songs, bestseller books, and overnight-success websites. Then on the tail end, you have those who have used the Web to sell a little bit of merchandise to a whole lot of people. But, if you can't produce an instant hit or aggregate enough "stuff" to serve the masses, is there still room for success?

For that, Kevin points to the elbow of the curve. In his opinion, that's where the True Fans hang out. For example, say that you're a musician and you're not half-bad. Given the low-cost distribution capabilities of the Web, as well as the two-way interaction that it enables you to have with a potentially large audience, you should be able to build a base of, at least, 1000 True Fans. They will be the ones buying all of your stuff when it's first released and coming to all your shows. If you can find them, and (big AND here) if you can properly foster a relationship that they find satisfying, Kevin thinks you won't go hungry.

I love this idea. And even though Kevin applies his thinking primarily to individuals such as independent artists, I think there's great material here for anyone looking to build a following. I've been working in advertising since 2000 and even though this industry often tries to find the approach that will easily appeal to the broadest part of the market, I started thinking a few years ago that maybe the real potential for breakthrough is not in the average consumer but in the niches.

For example, if I'm selling premium gasoline, I want my best marketing people to be talking and, more importantly, listening to those guys who are constantly tuning their cars. Granted, most of my premium gas will be bought by people who crawl to work in 5 km/h traffic, but chances are that for every ten of these "crawlers", there's a "tuner" somewhere in their immediate circle. He's the coworker they ask for advice when considering a new car, or the uncle they call when their commuter starts making a funny noise. He's also the one who tells them that if they put anything less than premium into the new car they bought, not to call him when it starts making a funny noise a few years from now.

If my best marketing people are smart, they'll create a place where this guy can go twenty-four hours a day to find out exactly why premium gasoline makes a difference and why ours is better than anyone else's. We'll put everything up there that we know about gasoline and how it relates to automotive performance so that if he wants to spend hours with us, we'll be more than happy to keep him company. And, sure, we'll still do a general marketing campaign for the masses, but it will only be there for context so that when our "tuner" tells his circle of "crawlers" what gasoline to use, they'll have a better idea of what he's talking about.

When you really think about it, when's the last time you bought anything because the advertising told you to? It's definitely easier in the lower-cost, lower-involvement categories. A new candy bar comes along and you see an ad for it. It seems like something you'd like and you part with a dollar or two to see if you're right. No big risk. However, look at something like banking. When was the last time you switched financial institutions? It was probably a long process that you didn't decide on in minutes. I changed banks a few years ago when I got married. My wife and I both took the morning off work, went down to the local branch and merged accounts, opened new ones, moved our mortgage, lines of credit, and credit cards. I don't plan on doing that again any time soon.

And why did we switch? Well, they're open at decent hours, they have branches and ATMs all over the country, they have the credit card that I like, and their online banking consistently ranks among the best. But most importantly, our friend works there and any time we need to do anything more involved than paying bills, we know that we can do it through someone who won't kill us with bank-speak. Plus, she loves the place and can't say enough good things about it. Of all my reasons to bank there, not a single one came from an ad campaign.

Chances are that the last time you chose a bank, you were in one of two camps. Either you were really short and opening an account at your parents' bank; or you were fed up with your current one and a friend / cousin / co-worker / next-door-neighbour couldn't stop singing the praises of theirs. If I'm a bank, those people, the ones with the praise singing, those are the people I want. Those are my True Fans. And I want more of them.

So, here's my thinking. I'm guessing that no matter what business you're in -- basketball shoes or faucets, life insurance or sandwiches -- you probably have a few True Fans. Chances are, they're already talking about your brand and generating new business. But right now, they're like a thousand tiny metal filings scattered all over a work bench. And because they're scattered, they're light, they're insignificant, and easily missed.

I want you to create a proper online destination for all of your True Fans. One where you share with them everything you know about what you do well. A place where you tell them how your product came to be, why you think it's great, and how you can't stop thinking about ways to make it even better. Give them a forum where they can talk to you, where they can talk to each other, and where you can listen. And create tangible tools that they can use to be even better agents on your brand's behalf. In essence, build a giant magnet that pulls all of those metal filings together and starts to generate a critical mass. Do that well and I don't think you'll go hungry.
1 comment:

What If The Only Marketing You Did ...

... was by treating all of your existing clients really, really well. How quickly would your business grow?
No comments: