Even though this site was launched a while back, I'm still telling everyone about it. I like how it's built around a simple concept that you can describe in five seconds and then spend five minutes playing around with. 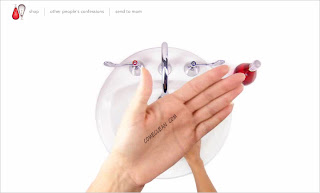 The thing that I really like about it, though, is all of the stuff it says without having to come right out and beat you over the head with it. First, the general message of the microsite is "this soap is so good, it's good enough to clean your conscience, let alone your hands". But then, given method's overall philosophy around the environment, the whole "good karma" angle is a great undertone.
No comments: